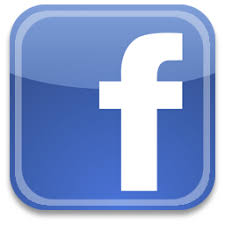 Facebook is pairing up with Datalogix to track whether people who see ads for products on the social networking site actually go out and purchase them in stores.

To measure how well Facebook’s ads are performing, Datalogix will match up email addresses and other information from loyalty cards and programs at more than 1,000 retailers with Facebook account data, the Financial Timesreported. The emails and other identifying information will be anonymized, the Times said, and Datalogix will prepare a report for Facebook and its advertisers that highlights which methods and demographics targeting result in people buying advertised products in stores.

A Facebook spokesperson confirmed that it is working with Datalogix and said the social network also tracks the performance of ads through its own advertising tool and partnerships with Nielsen and ComScore.

“We know that people share a lot of information on Facebook, and we have taken great care to make sure that we measure the effectiveness of Facebook ads without compromising the commitments we have made on privacy,” the Facebook spokesman said. “We don’t sell people’s personal information, and individual user data is not shared between Facebook, Datalogix or advertisers.”

But at least one privacy advocacy group says Facebook’s partnership with Datalogix raises a red flag.

Jeff Chester, the executive director of consumer digital rights group Center for Digital Democracy, said this recent partnership is one in a series of moves Facebook has made that could violate the settlement terms it finalized with the Federal Trade Commission (FTC). In particular, Chester argues that Facebook hasn’t been transparent to users about the data targeting and tracking activities it’s using for the new Facebook Exchange program, which offers marketers a way to purchase ads via real-time bidding.

“The FTC can’t be [Facebook CEO] Mark Zuckerberg’s privacy babysitter, but they clearly need one over there,” Chester said. “The expansion of data targeting by Facebook, such as the work it’s doing on Exchange, the role of sponsored stories on mobile, and partnerships with Datalogix and others clearly warrant an investigation.”

Facebook finalized its settlement with the Federal Trade Commission last month and agreed to take extra steps to secure the privacy of their users’ information. Among the settlement terms, the social network agreed to get users’ consent before sharing information that overrides what they chose in their privacy settings, maintain a comprehensive privacy program and be subject to audits every two years.

Justin Brookman, director of consumer privacy at the Center for Democracy and Technology, said this new partnership with Datalogix doesn’t raise immediate privacy concerns at this point.

“It sounds like they’re trying to set it up in a way that’s privacy protective,” Brookman said, though he cautioned “obviously it could be done in a bad way.”

Based on the initial reports of the partnership, Brookman said it sounds like “this [data] matching occurs in a perfect black box, which I’m OK with.”