Q&A about the Future of Social Networking 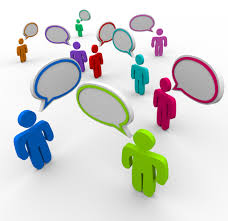 Using Microsoft’s recent acquisition of a $240 million stake in Facebook as the point of departure:

1. What does Microsoft’s stake in Facebook practically translate into for the company? And for the site’s users?

Facebook now has a partner who can fund further expansion and growth as the need arises. Microsoft gains a very strong foothold into the Social Networking industry, which it has been lacking for a long time. Most user activity is now taking place online and not on the PC Desktop so this was crucial for Microsoft. For Facebook users it does not mean much because its only an advertising relationship which has been confirmed and solidified by the investment from Microsoft. Most people, and especially Facebook users, have become very savy in avoiding online advertising.

2. Why the interest in social networking sites like Facebook and MySpace by internet giants like Microsoft and Google? What is the motivation behind buying/attempting to buy stakes in these sites? Is it straight access to a demographically-specific marketing database?

Yes, part of the reason is the detailed demographics available so advertising can be customised in a very specific way. The bigger reason is that next to search engines, social networking is where the majority of Internet users are starting there online journey. Google already owns Orkut, which is very popular social networking website in Asian countries like India. And that also explains why its not well known in South Africa.

3. One of the views I’ve come across suggests that the social networking space will tend to move towards a monopoly because people need to communicate with each other in the same “language”. Basically, if most of your friends are on Facebook, then it makes sense for you to join that as opposed to MySpace to communicate with them. Others argue that users of social networking sites are non-specific. If you have a Facebook profile, you probably have a MySpace profile and you use both. What do you make of the debate?

Social networking sites can either be specialised on generalised. The roots are always in a niche community. For example MySpace started out among independent music scene in San Fransisco to allow their fans to connect with the bands, sample music and get a full gig guide. So MySpace has and will continue to have a strong foothold in the music and entertainment industry. Most of my MySpace friends in South Africa have moved to Facebook. Facebook started among university students and has spread from there. MySpace is a behemoth with over 207 million registered profiles while Facebook only has about 45 million users. LinkedIn on the other hand is the #1 social networking website for business people with over 15 million users worldwide and almost 40,000 users in South Africa.

There is a trend towards websites that allow you to tap into all your social networking profiles from one place.

4. Do you think fears of a monopoly within the social networking space drive the market price?

Yes, there is a vicious competition between Microsoft, Google and Yahoo for control of the Web. They are the biggest online publishers by a far margin because they control 3 biggest search engines. Microsoft in particular is paranoid as more and more user activities takes place online and not on the Desktop.

5. Why has Facebook taken off in a way that MySpace never did? What are the key differences?

As I said before it’s a myth in South Africa that MySpace is not important. You may consider that MySpace has been around since August 2003 and Facebook launched in February 2004. And until late last year Facebook was limited to university students only. It does seem like MySpace’s growth is slowing down.

6. What is the future of social networking? A Datamonitor report estimates social networking sites will enlist 230 million active users by the end of the year, continue attracting new users until 2009 and then plateau in 2012. What do you make of this?

That Datamonitor report is wrong because MySpace is over 207 million and Facebook is over 45 million alone. That is excluding Orkut with about 67 million users and LinkedIn with over 15 million users. Even with some overlap of users the is at least 300 million active users worldwide. We currently have 1.1 billion Internet users and almost 3 billion cellphones users. My view is that by 2010 the grow in the Web will come from people using cellphones to access search engines and social networking websites. Most social networking sites already support access via a customised mobile interface.

7. The same report suggests social networking services revenues will reach $965 million this year and $2.4 billion by 2012. Is this income generated purely through targeted advertising on these sites?

Yes, most of the revenue is from advertising. Some websites like LinkedIn is generating 1/3rd of its revenue from paid members. Most of the rest do not have any paid subscription options – just yet. Google struck a deal in 2006 that guarantees MySpace $900 million over the next 3 years for exclusive search and online advertising rights. Remember Rupert Murdoch’s Newscorp bought MySpace in 2005 for $580 million and everyone thought he was crazy.

OpenSocial is a application programming interface (API). What that means its an easy way for programmers to develop applications on social networking websites. Google wants to be the interface to all the social networking websites. Most users still do not know how to get directly to websites. What they typically do is Google words like “Facebook” or even “Yahoo” to find these websites. So Google will remain influential. They are appealing to the technorati, the early adopters, to built loyalty to Google, not necessarily to Orkut.